Some family members are traveling to Hong Kong more or less in transit to mainland China. This seems to be the only practical way for them to get into China to visit some family friends for several months. They would have preferred to transit overnight, but that's not allowed for entering mainland China, so they're stuck in Hong Kong for 3 nights at the very least.

There was a hotel-only quarantine that will be lifted by the time they arrive. They won't be able to go to restaurants most days since they're not going to be there long enough. I think it's possible after the third night, but they have this oddball requirement to self-test and then provide something like a dated image of a test result (I guess taking a photo of the test strip with the name/date written down). However, I looked up the requirements, and that seems to be for dine-in or at bars where masks will be removed. Looks like they allow "takeaway" service at restaurants, which would have been allowed for visitors after the 3-day hotel quarantine had completed, but now that the mandatory hotel quarantine period is over 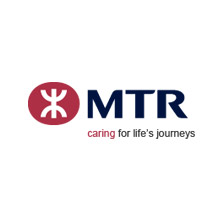 Their arriving flight is kind of late in the day, so of course if there are issues then they'll probably need to take a taxi. But hopefully it's on time and this Airport Express Travel Pass also includes rides on their subway system. They're rather relieved that they won't be stuck in their hotel room. They're already fully vaccinated and boosted, but Hong Kong seems really paranoid and they're just relaxing these restrictions in time.

But any recommendations on getting this pass? Looks like HK$350 (including deposit) for a 2 airport ride pass that includes all other subway transport, but also a $50 deposit return if they don't want to keep them as souvenirs.

But of course I realize that everything is a little bit different now than when most people would have traveled to Hong Kong.
Last edited: Sep 24, 2022

I would definitely check with the hotel they're using for recommendations. Most hotels frequented by westerners would be familiar with answering these type of questions. The public transportation in Hong Kong a few years ago was great and we used it extensively while there but, as you've already suggested, nothing is as it used to be - especially since the pandemic and the extra "supervision" from the mainland. When we travelled there, I contacted the concierge at our hotel (Hilton) and they suggested sending a car to meet our late-arriving flight. It was more expensive than the MTR but eliminated the guesswork of arriving in an unfamiliar city at night.

While I have always used MTR whenever I have visited Hong Kong, if one feels less than confident in a new place, it is worth paying the extra to get a hotel car provided of course that the cost is within reasonable range. I sometimes do so even in places like Delhi that I am fully familiar with, just to avoid the hassle. Notwithstanding all our biases, public transit is always a bit more hassle than a door to door car, specially when significant amount of luggage is involved.
Last edited: Sep 24, 2022

Out of my hands now after I dropped them off at SFO. And it was a big cluster**** when I helped them their Hong Kong entry declaration, but before the Sept 26, 2022 lifting of the mandatory quarantine. They made their declarations before the quarantine was over but the end was announced. They didn't have a designated quarantine hotel as it was lo longer needed so they just forced it and wanted to deal with it in HK. But they wouldn’t accept it at the counter at SFO. I was there and helped generate a new one for one family member with the new form (no quarantine hotel) and texted it.

It remains to be seen if they can take the Airport Express. But at least they managed to get on the plane in time.