Going to be passing through and spending some time in Buffalo on a layover between the southbound Maple Leaf and the westbound Lake Shore Limited. If everything is running on-time, we have just under 11 hours to cool our heels between trains! What Wikipedia has to say about Buffalo is a tad depressing, but I'd like to hear first-hand from more knowledgeable folks on what they say about the place and what there is to see/do!

We will be getting off the ML at Buffalo/Depew instead of Exchange Street mainly because we have luggage that we do not want to lug around; we want to check it immediately for our final destination in California after getting off the train from Canada. As such, we know that the station is some distance from the city center and know that Buffalo's public transit is pretty much non-existent. So! A taxi is likely to be used to get around. This trip is happening at the end of February, and we know the weather will be COLD!

Thanks for the help ahead of time!
S

Public Transit in Buffalo is slightly more existent than you might think they actually have a 1970s Metro Light Rail Line which is really interesting and free when above ground in the depressing downtown mall. I've only been there once taking a 3 hour layover at Exchange Street to ride their metro so don't have to much more advice. Google Maps does bring up a bus possibility from Depew (which has nothing around) into Downtown. If you do ride the bus a day pass is cheep.

:hi: Buffalo is a Fascinating City! Ive layed over several times on the connection between the Leaf and the LSL! As was said, there are city busses that pick up @ Depew Station, the trip takes awhile to get downtown and the route isnt exactly thru the best part of town, but once you arrive downtown (Exchange Street station is close to the Hockey Rink and the Lake),if its a weekday, head to the Impressive City Hall and go up to the very top to take in the View! There are also lots of older buildings that have historical significance, and the Anchor Bar is where, (allegedly :lol: )Buffalo Wings were invented, great and popular Lunch place!! Buffalo is also famous for their Beef Sandwiches, Sausage and other Eastern European Favorites and Cold Beer! ^_^ , plenty of good eating joints around! Also as was said,, the Light Rail that runs out to the University is free long as youre above ground, but not really much to see in the burbs! You should be able to walk around easily downtown long as it isnt Snowing Heavily nor below Zero! Google up info on the various Tourist Sights, you shouldnt have any trouble finding plenty to do and see downtown, and since the LSL arrives so late @ night Id arrange for a Cab back to Depew Station in advance, should be able to snag one @ one of the Chain Hotels that are downtown along the Lakefront!

As was said, Dress Warm!, Buffalo can get Darn Cold, even though Syracuse gets more Snow!! :lol:
Last edited by a moderator: Jan 29, 2012

Location
Whatever siding I'm sitting on!

jimhudson said:
the Anchor Bar is where, (allegedly :lol: )Buffalo Wings were invented
Click to expand...

Anchor Bar is where Buffalo Wings first were served! I've eaten there, but personally I think I've had better!

What I'd like to know is how do Buffalos get off the ground with those tiny wings!
Z

Anyway, due to the Maple Leaf not running across the border, my current plans have me laying over a couple hours in between the Megabus from Toronto and the Maple Leaf. I want to catch late breakfast or lunch before boarding the Leaf. It will be a Saturday and a quick Google search showed not much is open in downtown Buffalo on Saturday in the area around the bus terminal and Exchange Street. Any suggestions?
P

There are a couple of decent hotels with in-house restaurants that should be in walking distance. For sure there's a Marriott near the new downtown Amtrak station and I believe a Wyndham a block north of the bus terminal, but double-check the latter.
D

This car museum is about 2 blocks from the Exchange Street station and besides great cars it has a Frank Lloyd Wright designed gas station in its atrium, The Buffalo Transportation Pierce-Arrow Museum Canalside features skating on the lake. The downtown library has an amazing rare book collection. The city hall is a great building, and the view from the top is stunning, as is the former train station, Buffalo Central Terminal. Of course, lake effect snow may limit your options.

Although I'm not a big fan of Chicken Wings, the Famous Anchor Bar isn't that far from Exchange Street Station.

It's where Buffalo Wings were supposedly invented, worth a visit, wash them down with a Cold Beer, and as another poster said, visit City Hall for a great view of the Area including Canada across the River.
D

The Albright Knox up Elmwood from Downtown is a world class art musem, basically Buffalo has a lot going on for a city that's been in decline ever since the seaway was finished in what, 1957? I lived there as a small child and have been back twice in this century, hope to go again.
R

Roast Beef on Kummelweck or just Beef on Weck (also wick) is a great sandwich with Buffalo beginnings. Lately I’ve had Charlie the Butcher beef on Weck and it was good - always have had it open face with gravy. Always. He has a take out store downtown. As a student of UB in the 60-70s my beef on Weck ($1.35) was affordable but long gone.

The Anchor Bar was the inventor of hot wings ... I was there! The local beer to drink is Geneseo Beer. The Anchor Bar is on the Light Rail. LRT in Buffalo was a disappointment - While at UB friends that were grad students 70s applied economic model theory and the LRT was best to go through the inner city rather than an area of far lesser impact.

There is a Wegman’s nearby the. Depew Amtrak station - founded in Rochester NY it is legendary. A super-super-supermarket so huge and it has everything! There are tables and benches to consume what you want.

I hope you enjoy Buffalo. I’ve been having fun looking at house ads this past year.. $40K to $80K is low end ! Maybe after 50 years I’ll return.

The Anchor may not have the best wings, not sure who would, but it does have impressive collection of vintage motorcycles displayed up on the walls all around the rooms.
D 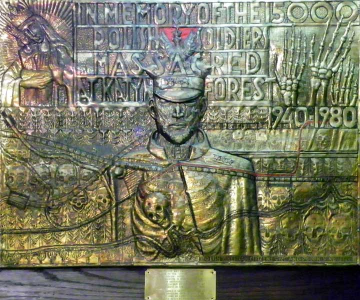 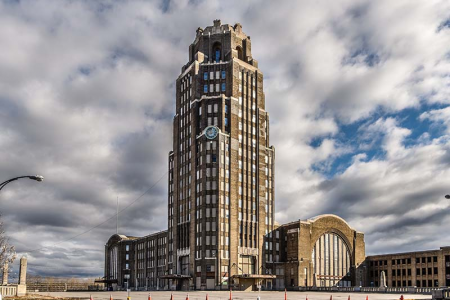 All within a ten minute walk of each other: The Buffalo Museum of History, The Albright-Knox Art Gallery, Jack Rabbit (very fine dining) and for a cheap date Mr. Goodbar (40+ beers on tap two were engines). Tons of live music. Bar food. Wings no Weck.

I always like tradition but I prefer other ways to cook wings- like Mr. Goodbar’s way. As far as Weck, Charlie the Butcher is very good. His restaurant off Cayuga at the airport is near Depew Amtrak maybe stop by in your cab ride to the museums..
R