I was talking to my 12 year old about possibly going back to LA for a visit. We did so on their Metro bus/rail system and generally found it to be useful although it could get interesting. On my last (solo) visit I did encounter a few people who said it could get a bit dangerous, although I never saw anything where I was thinking there was anything more than just someone mentally ill talking to herself or some imaginary friend.

But the one things my kid did say about our visits were that the new Expo line to Santa Monica is really nice, even if we only rode on it together once. It seems to have fewer of the "interesting" (i.e. mentally ill and homeless) people wandering around. I guess part of it would be that they don't have large underground stations where one might find shelter and/or sleep. But my kid thought the subway was pretty nasty even if it was functional. The equipment was pretty old and didn't look like it well maintained cosmetically. My comparison would be Sacramento RTD's light rail equipment, which is freshly painted and fairly clean even if it is over 35 years old.

I can't say anything that bad about their buses other than some of the passengers. They all seem to be pretty new/clean, some even have USB outlets, and their free Wi-Fi is fast. Also - I liked having real-time updates on where the buses were that I could see via the TAP app and even on Apple Maps. That made it easy to avoid having to wait too long at a bus stop.

But the red/purple lines get the job done and seem to be on time, but I'm not sure what's with the neglect of the equipment compared to many of the newer light rail lines. On a recent trip I took the Expo and Gold lines and they were much more pleasant to ride than the subway.

My adult view is that it could get better if they had new equipment for the subway. While they seem to run well, the Breda cars aren't clean and could use a good scrubbing and/or paint job. But they're dated. I found the next station displays on the Expo line great. We're seeing something similar on the newer Bombardier cars on BART. Even Metro's buses have LED displays announcing the station stops, while I can barely hear the sound of the operator announcing the stations. 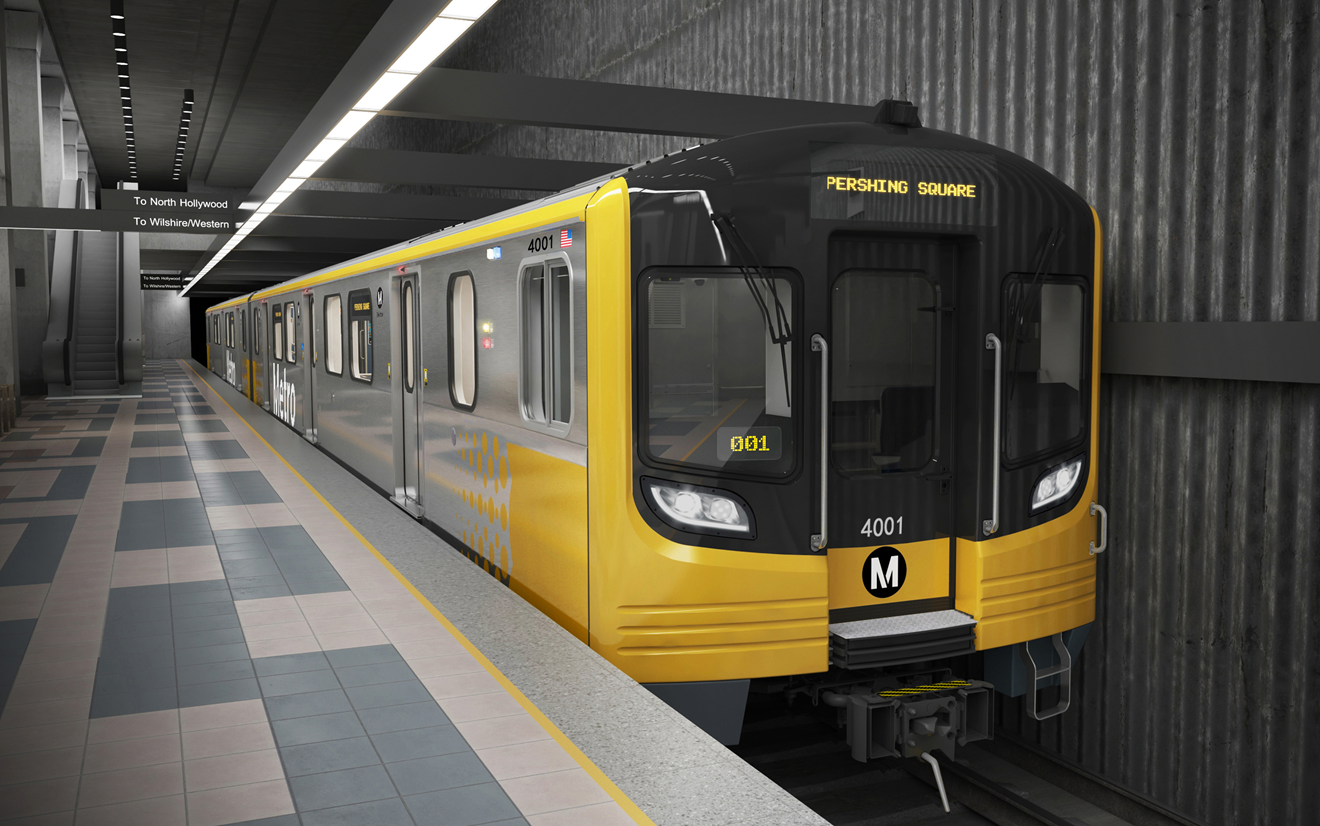 In December 2016, the Los Angeles County Metropolitan Transportation Authority’s (Metro) awarded a contract to CRRC MA to design and manufacture 64 new subway cars for the Red and Purple Lines with a consideration for an additional 218 subway cars totaling $647m. CRRC had the overall best value...

Did a little more checking and apparently it's due to issues with cracking and supply chain issues from the Chinese manufacturer, along with the possibility that forced labor was used for parts production in China.