PaTrainFan said:
Not at all. That's probably a good three hours or more longer divergence. Indy to Columbus is a straight shot of about 2:30 by driving.
Click to expand...

I've looked at the report again, and I see Indy to Cincy and Indy to Dayton both on it as ultimately desirable, but my understanding is that the 3 Cs + D bit is being concentrated on now as the most doable since it's all in one State which appears to be more receptive than in the past. Getting things up to the desired level of full connectivity is going to take a lot of work and some hard choices about what to do first and what bits need to happen at the same time to be successful. I'll gladly admit that my knowledge of local geography, culture, and rail availability and condition is lacking. I think that there has been enough demographic and other change that the routing of yesteryear may not be a very good guide to what's needed now. 'Corridors' may not be the be all and end all of future passenger planning, but it seems to me to be a good way to get a few bits of new service up and running. Hopefully enough of these few will be successful enough to build support for more. A passenger rail resurgence is still possible in this country, but it's going to take a massive amount of work and money and some luck too, and my guess is that even if it more or less succeeds, the end result won't quite be what anyone planned, and it won't be a return to the Golden Age either. Given that Indy to Dayton is the longest leg of this triangle, and has no tracks, it makes sense to me that it's not on the front burner, no matter how desirable it might be as part of some ideal rail network that would take 10-15 years, a mountain of cash, and a political miracle sustained thru several administrations to make happen. I hate the cynicism that I sometimes see here and elsewhere about why we can't have a functioning rail network, but pie in the sky is not going to get us there either. Sorry for being a bit ranty.
Last edited: Aug 8, 2022
D

danasgoodstuff said:
Given that Indy to Dayton is the longest leg of this triangle, and has no tracks, it makes sense to me that it's not on the front burner,
Click to expand...

I agree. Emphasis must be placed on getting the 3C+D plan adopted and work started on accomplishing that. Locally, there is no interest in a Dayton-Indianapolis route. The interest is in what the 3C+D proposes for potential economic reasons and to help with present and future traffic concerns. It seems like the more lanes that are added to I-71, I-75. and I-70, the more traffic appears.
D

It seems that way because it is that way: it's called induced demand.

In Wisconsin, a state where there haven't been many news despite Amtrak proposing a lot of new routes (Green Bay, Madison, Eau Claire), emerged a new proposal which was not in the Amtrak plan: 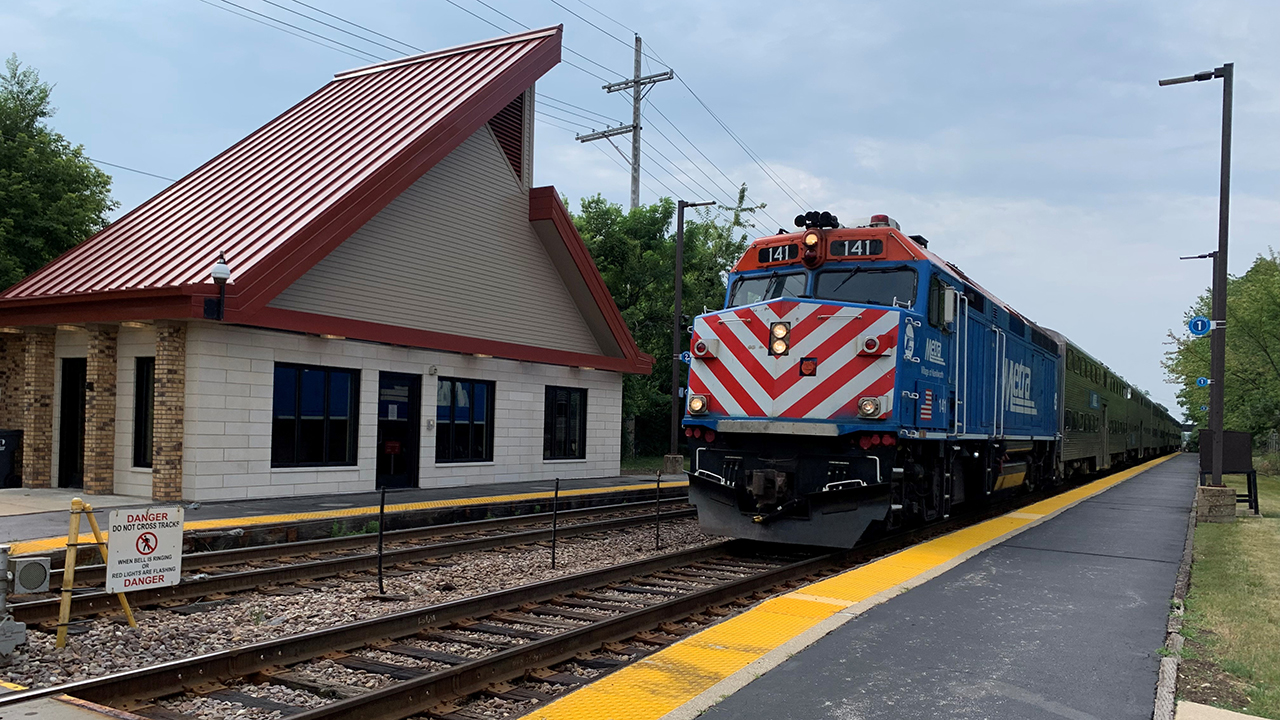 Would indeed be a good idea to finally connect Kenosha with Racine and Milwaukee. Not far between, in a densely populated area.

How many years would it take until passenger trains could use the line again? 5 years? Or even more?

If this urban area would be in California, I could imagine there would have been introduced a train service, because of the political climate and the relatively large number of Californian rail lines being revived in recent years.

But in the Midwest, developments of the last years are just disappointing. In the Midwest, there is very few expansion to new communities over the last 20 years, but instead too many closures of passenger lines (Louisville - Indianapolis, Port Huron - Sarnia, Toledo - Detroit, Gary - Akron - Youngstown - Pittsburgh)...

GoAmtrak said:
Would indeed be a good idea to finally connect Kenosha with Racine and Milwaukee. Not far between, in a densely populated area.
Click to expand...

I used to ride the CNW commuter train from Kenosha down to Chicago, then walk (a couple of blocks at most?) to Chicago Union Station to catch Amtrak down to the University of Illinois. Going N or W from Kenosha, either Mom & Dad would drive me up to Milwaukee to catch the Empire Builder to my undergrad college in far-western Minnesota (Fargo, ND being the nearest station), or (later on) take a combination of busses to travel Kenosha to Racine to Milwaukee to Madison (for library school at UW-Madison).

The car companies are going to fight any public transportation options tooth and nail. They have a lot of power. That includes bus routes as well as trains. Even sidewalks!
It's even more of a hurdle in the Midwest, I think, because public outreach invariably paints this as an increased taxation issue and it doesn't need to be. Frankly I'm amazed progress is even being made at all. A change in consumer sentiment would be helpful but that too is going to be slow in happening. The younger generation might be more receptive since they grew up using phones to find transportation options that lead to bus and rail.
Share:
Facebook Twitter Reddit Pinterest Tumblr WhatsApp Email Share Link