I'm sure there are many AU'ers that want to point out other historic masterpieces... some restored... such as that beautiful edifice at Whitefish Montana.

Below are some pics of Kirkwood MO... 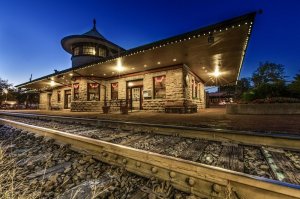 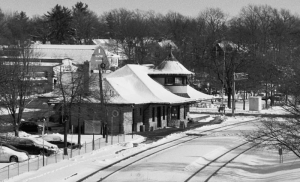 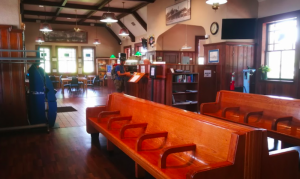 I'm sure there are many AU'ers that want to point out other historic masterpieces... some restored... such as that beautiful edifice at Whitefish Montana.

Below are some pics of Kirkwood MO...

Orlando station is pretty incredible and one of the smaller gems.
And of course there are many historic hubs that are very well preserved like Boston south, the headhouse of which is over 120 years old.
D

The building itself exists, but the Amtrak section is small and unmemorable.
J

Tlcooper93 said:
Orlando station is pretty incredible and one of the smaller gems.
Click to expand...

Yes, not as elaborate as the majors, but attractive architecture and a nicely restored interior. It has either the original or nicely reproduced wooden bench seating, including curved benches around the corners. 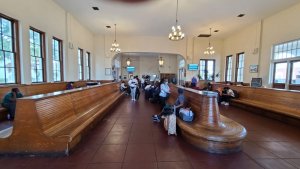 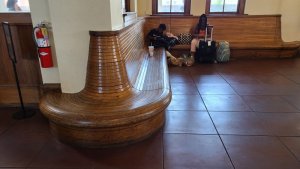 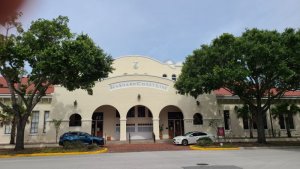 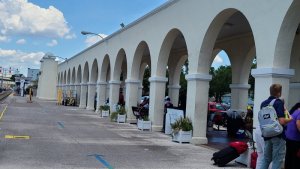 I think the Kissimmee station is a nicely restored small town southern station. There are 2 small waiting rooms with separate bathrooms; I assume they were originally for racial segregation.

San Diego’s Santa Fe Depot looks much the same today as it did when it opened in 1915. If you enjoy being inside old train stations that make you feel like you’ve been transported back in time, you’ll love the Santa Fe Depot.

joelkfla said:
I think the Kissimmee station is a nicely restored small town southern station. There are 2 small waiting rooms with separate bathrooms; I assume they were originally for racial segregation.
Click to expand...

Possibly separate rooms for the men (and their nasty cigars

) and women (to protect the single women from those nasty cigar smoking men).

The Wilmington, DE and Newark, DE stations had 2 separate waiting rooms. One for the men and one for the ladies. They still have the rooms, but they are not used as waiting rooms now. Newark is now a small museum.

One that is certainly historic but not sure about nostalgic, as one who grew up there: Wilmington, DE as Amtrak Blue noted. But my second favorite after Cincinnati is 30th st., Philly.

While not nearly on the scale of "grand" compared to other Northwest cities like Seattle and Portland, you can say the Spokane station is historic in that it was built in 1891. It is the former Northern Pacific station. At one time there were two downtown Spokane stations besides the NP station: Union Station, serving the Union Pacific and Milwaukee railroads, and the Great Northern station serving the Great Northern and SP&S (Spokane, Portland & Pacific) railroads. As part of the revitalization of the downtown Spokane area in preparation for their World's Fair, Expo '74, the tracks and stations of the latter two were removed and tracks consolidated. Only the Clock Tower from the Great Northern station remains as a focal point for Riverfront Park, the former World's Fair site. In my opinion, the Northern Pacific station was the least of the three. 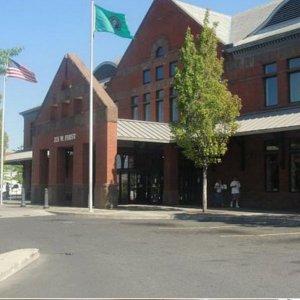 The interior at Spokane is modern and pretty bland. It has clearly been redone and retains little historic character.

zephyr17 said:
The interior at Spokane is modern and pretty bland. It has clearly been redone and retains little historic character.
Click to expand...

That is true enough. It has character, though not of a historic nature and in some cases nothing you'd want to brag about.

There are so many, but Springfield, Ill. is a beautiful station that comes to mind.
B

1. taken in 1904, the 1903 depot before it largely burned down in 1905. Note original, more elaborate dormers and slate roof.
2. the abandoned 1974-1979 period, with asphalt roof and dormers removed circa 1965. Note the trailer Amtrak passengers used then and the smashed second floor windows. GTW boarded up the first floor but couldn't be bothered with the second. The station came extremely close to demolition; equipment was actually in the parking lot at one point.
3. today, with the roof restored in late '90s close to its 1905 post-fire appearance. Waiting room reopened in 1981 and other sections gradually reopened after that. 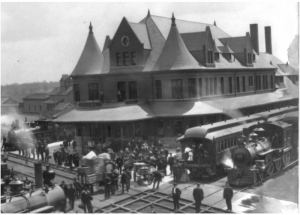 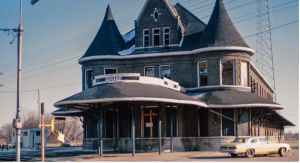 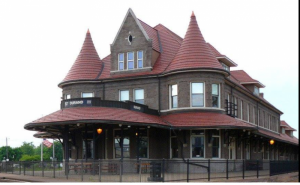 Fullerton Transportation Center has two historic stations, one for UP (built in 1923) and the other for ATSF (built in 1930).

I am surprised no one has mentioned Washington, DC.

jiml said:
I am surprised no one has mentioned Washington, DC.
Click to expand...

I feel like the top 5 stations all go without saying.
Worcester MA is also pretty spectacular: 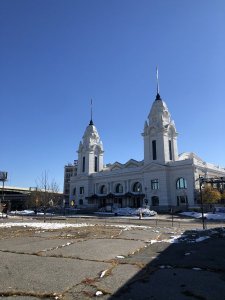 Tlcooper93 said:
I feel like the top 5 stations all go without saying.
Worcester MA is also pretty spectacular:
View attachment 23957
Click to expand...

Worcester looks pretty cool. I said Washington because it was the first US station I'd seen that was truly jaw-dropping and the reno wasn't even complete at the time. I'd seen Grand Central previously and in the late 70's/early 80's it was a struggle to see its past glory, but Washington was a "palate cleanser" at the time.

My favorites are Washington Union Station for its eye opening interior (the south facade is pretty spectacular too), Los Angeles Union Station for its Western charm, Seattle's King Street for the brick and block NorthWestern feel and Harper's Ferry Station for the WV feel, Whitefish Station for its cool town and the one in Orange Virginia due to its proximity to cafes and stuff. Plus the one at Essex near Glacier Park. I walked around it when I was driving by and it looks like a great place to stay.
I have to admit that I only know a handful of stations, though.

The train station in Schenectady literally changed my life when I was young… focusing forever my interest in railroads and rail travel. First introduction came when I was in Mrs. Berman’s 2nd grade class at Carman School adjacent to the new housing development which had gone up for solders returning from WWII.

The New York Central had a special program for 2nd grade classes in the Schenectady area for a field trip between SDY and ALB. School busses transported all the classes and their teachers to the station where we were all waiting in organized lines to board a big beautiful train just for us. Prior to that NYC sent promo to be hung on bulletin boards as well as coloring books and clip out models of all the different kind of rail cars… mail cars, baggage cars, passenger cars, restaurant cars, sleeping cars, observation cars… and more! There were long links of these model passenger trains all over the classroom.

We went up those big steps and looked out the windows ‘way high up’ as we clustered around the windows. Then suddenly the world began to move as the train gently began its departure. Going faster and faster you can imagine the sounds of jubilation for a bunch of young children looking at the beautiful New York scenery.

The experience lent itself to train fantasies that only a very young imaginative mind can have. It was amazing that there were so many trains on so many tracks that go everywhere. I concluded that ‘trains can go anywhere without getting lost because the tracks glide them… with only clickaty clacks and no ‘bumps.’

That day on the New York Central changed my life forever! 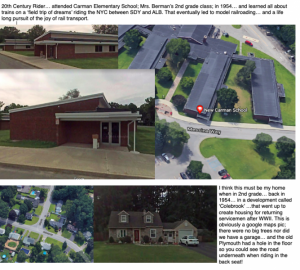 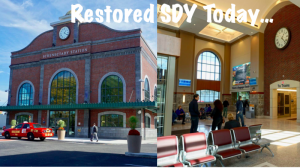