What are these private cars?

On the southbound Coast Starlight and just met the northbound in SLO. These four cars were on the northbound. What is their history?

I saw the Northern Pacific and Milwaukee Road one on the Super Southwest Chief, they were trailing. I found some things about them via quick Google search, I might be wrong, not that knowledgeable about old carriers. I'll leave the links.

"Built as dome-coach #558 by the Budd Company in 1954 for the Chicago, Burlington, and Quincy for service on the Northern Pacific’s premier train, the Chicago-to-Seattle North Coast Limited, which the Northern Pacific operated in partnership with the CB&Q. It operated throughout the country in Amtrak service from1971-1995 before it was sold into private ownership. The car was briefly leased to the Grand Canyon Railway, where it bore the name Kokopelli. After the expiration of the Grand Canyon Railway lease, it operated in excursion and charter service out of Cincinnati for over a decade under the name Observatory. In the late 1990s, the car was converted from a dome-coach to a dome-sleeper, with the addition of three bedrooms, a galley, and a lounge seating area. Paxrail acquired the car in 2015 and named it Stampede Pass. It features dome seating for 24 passengers, as well as seating in six four-top tables in the dome, 8 booth seats, and 11 leather seats in the cherry paneled long lounge, and a full galley. The car can accommodate four overnight guests as well as one staff member. Under the dome is a public lavatory as well as a crew / storeroom. Rooms B and C feature double size beds. Based in Chicago, Stampede Pass is fully Amtrak certified and is available for charter service nation-wide."

"Designed and built by the Milwaukee Road shops as a Tap Lounge for the streamlined 1947 Olympian Hiawatha. Retired from regular assignments in 1955 and converted to a business car. Transferred to private ownership in the late 1970s, leased to the Wisconsin Central, then operated on steam excursions with the Friends of the 261. Currently owned by railroad equipment leasing company. Available for private charters and trips, with friendly and engaging service tailored to special occasions, and individual tastes and wishes. The Friends of the 261 is the agent for the car. Based in Southern California or Chicago area."

"The Pacific Home was built in December 1949 as a 10-6 sleeper (10 roomettes, 6 bedrooms) by the Budd Company in Philadelphia, PA for the Union Pacific. It was built with no car number and named the Pacific Home, and although it was a stainless steel car, it was painted in solid UP Armour Yellow with red striping and lettering, a light grey roof, and silver trucks.The car entered normal Union Pacific passenger car service, and was used on the famous UP train City of Los Angeles on at least one occasion (March 31, 1950). The car was originally heated with steam from a boiler in the locomotive, as was the normal practice in railroad passenger service at that time. In August of 1969, the car was numbered #1418. From its delivery, the Pacific Home was lettered “PULLMAN” in its letterboard until the discontinuance of Pullman sleeper service in 1970, when the lettering was removed entirely, leaving only the small "UNION PACIFIC" lettering in the upper corner of the car's letterboard.

Amtrak took over all national interstate passenger service in May of 1971. With much of its passenger equipment now surplus, the Union Pacific sold the Pacific Home to Amtrak in December of 1971. The car became Amtrak #2616 but retained its name. The Pacific Home had its yellow paint stripped off in favor of its natural stainless steel finish, and a simple Amtrak red, white, and blue windowband was applied. The Pacific Home ran on the first Amtrak train from New York to Montreal on September 30, 1972 and was a run-through car on the famous Southern Crescent on at least three occasions (October 30, 1975, March 9, 1977, and April 15, 1977). In December of 1979, Amtrak completely rebuilt the Pacific Home, re-upholstering and re-carpeting much of the interior, carpeting the walls, and removing the steam heat, replacing it with head-end power (HEP) and electric heat. The car was repainted with the newer style Amtrak windowband and renumbered #2885 at this time, and it kept this number until it was stored in September of 1995 and finally retired by Amtrak in 2001.

The car was acquired by Mercer County, NJ and moved to a disconnected piece of track at the Dempster Fire Training Center of the Mercer County Fire Academy in Lawrenceville, NJ. It was used to support fire training exercises.

Private car owner and mechanic Chuck Jensen purchased the car in 2009. The car was trucked over the road to the shop of the Morristown & Erie Railway in Morristown, NJ, and Jensen began restoring the car with the help of other mechanics. The Amtrak-applied wall carpeting was removed from the interior, and the electronics were fully upgraded. A new shower was installed, and a bathroom replaced one of the roomettes. The car now sleeps 21 people in 6 bedrooms and 9 roomettes. A generator was added so the car could power itself without power from a locomotive. The Amtrak red, white, and blue window band was removed, leaving the whole exterior in its shiny stainless steel finish with its "PULLMAN" lettering reapplied. The trucks and running gear were completely rebuilt to current Federal Railroad Administration and Amtrak standards. After over three years of work, the Pacific Home was fully equipped to ride the rails again!"

"The Yerba Buena, built by Pullman-Standard in 1942 as a four bedroom, four compartment and two drawing room sleeper for joint Cities trains on the C&NW, SP and UP and named Imperial Drive. In 1947, when the car pool was ended, the car became Chicago & North Western property. It was withdrawn from service and retired in 1965. In 1970 Imperial Drive was sold to Bill Kratville’s Auto-Liner Corporation in Omaha and was modified as private car No. 100, named Happy Hollow. The car was sold to and ran in service for Great Western Tours and then moved on to Rail Ventures where it was renamed Yerba Buena.

Today, the Yerba Buena is completely self-contained, including food and beverage service, day travel capacity for up to 16 passengers, and can accommodate overnight travel for 8 passengers respectively. The Friends of the 261 have the Yerba Buena available for charter, so individuals and groups can ride in the style once enjoyed only by railroad executives and presidents."
S

Thanks. Very interesting, looks like they all have some serious milage. I didn’t see any passengers in them, but it was hard to tell. I’ve only ever seen one or two private cars attached to an Amtrak, so this really caught my eye.

The Stampede Pass is a really good car. I've been on it multiple times over the last 12 or so years. It has always been one of my favorites.

One of the few objects I've ever really coveted is the Sierra Hotel private car.

I've seen it a number of times at the rear of various Amtrak trains, usually the California Zephyr. It was available for charter at almost affordable rates for many years, but the owners decided to sell when Amtrak went nuts about restricting private cars around 2017 or so. It's a long story, if you want to know all the details, check out the Private Varnish website and printed magazine.

They listed it in perfect, rail ready condition including a list of past and prospective customers for around $900K. No one bit, and the price was dropped to around $400k before it was sold for an unlisted amount. Hopefully the restrictions are getting more reasonable, and we will start seeing PV's behind Amtrak trains more often.

By the way, if you have the slightest interest in private rail cars, in addition to subscribing to Private Varnish, you should also get on the free mailing list at Ozark Mountain Railcar.

They are the primo reseller of everything passenger rail from beautiful fully restored luxury cars, down to this: 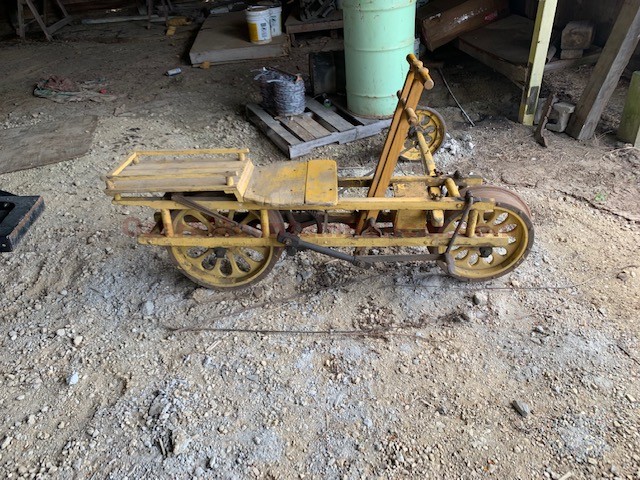 A video of them at Blossom Hill, CA
N

I have left, see profile

Brian Battuello said:
By the way, if you have the slightest interest in private rail cars, in addition to subscribing to Private Varnish, you should also get on the free mailing list at Ozark Mountain Railcar.

They are the primo reseller of everything passenger rail from beautiful fully restored luxury cars, down to this:

I try not to be on their mailing list for fear I will decide I need to buy a private car from them (which I really, really shouldn't).

Private car? How about your own private railroad! 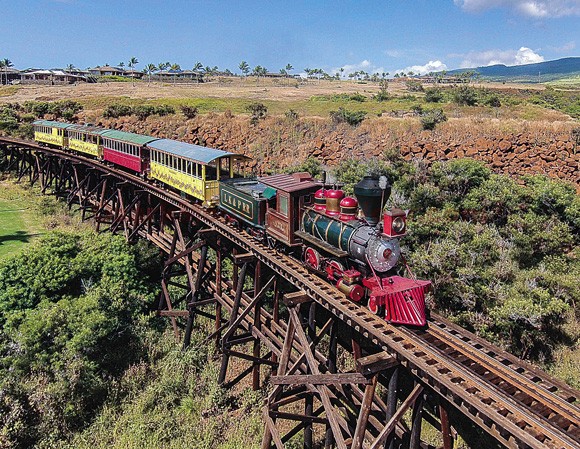 neroden said:
I try not to be on their mailing list for fear I will decide I need to buy a private car from them (which I really, really shouldn't).
Click to expand...